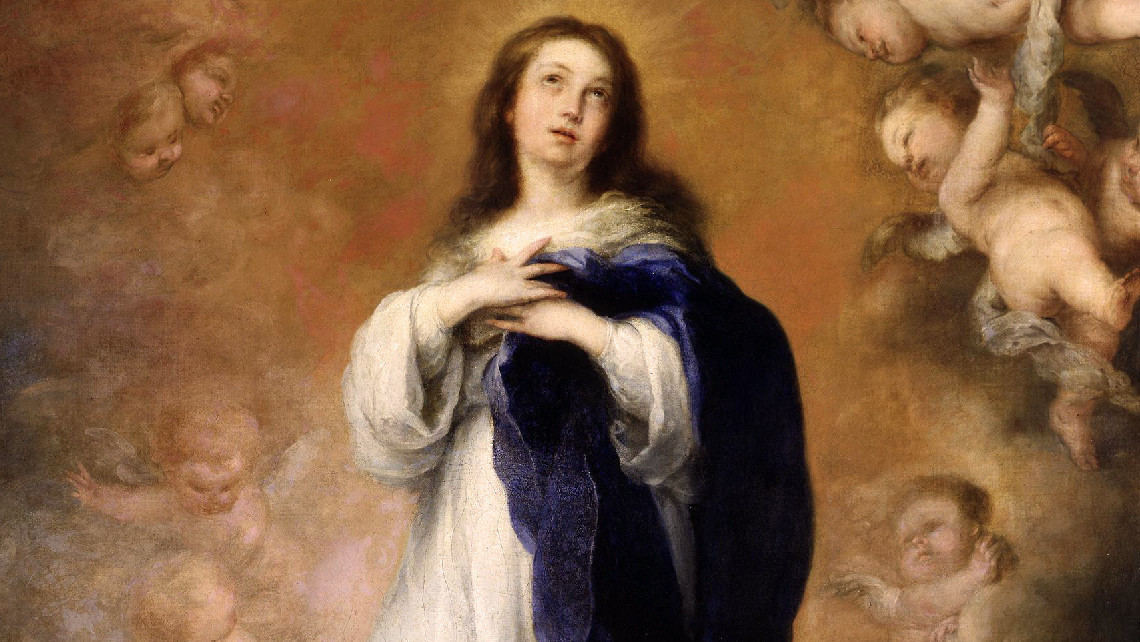 On December 8 the Catholic Church celebrates the Solemnity of the Immaculate Conception.

This solemnity is significant because during it we commemorate one of only four Marian dogmas - along with the Immaculate Conception there is also Mary’s Perpetual Virginity, her Divine Maternity, and her bodily Assumption. This is, therefore, a cause of great joy and feasting.

But the feast itself begs a couple of questions:

What is a Solemnity?

A solemnity is a feast day of the highest importance in the Catholic Church. Each solemnity is a liturgical commemoration of some fundamental event in salvation history. So, for example, Easter and Christmas are solemnities. Because of their importance, solemnities are always Holy Days of Obligation.

The Solemnity of the Immaculate Conception is the liturgical celebration of the dogma that Mary was, from the first moment of her conception, free of all sin and stain of sin. Although Mary has been honored as sinless throughout Church history, the dogma of the Immaculate Conception wasn’t formally defined until 1854 in Pope Pius IX’s encyclical letter Ineffabilis Deus.

So what is the content of the actual dogmatic definition itself?

Quoting Ineffabilis deus, the Catechism of the Catholic Church states:

"The most Blessed Virgin Mary was, from the first moment of her conception, by a singular grace and privilege of almighty God and by virtue of the merits of Jesus Christ, Savior of the human race, preserved immune from all stain of original sin."

This, however, only gives a partial - one might say “negative” - picture of the fuller content of the dogma. If you turn to the same paragraph in Ineffabilis Deus, you’ll quickly see that Mary isn’t merely free from sin, but is given a greater fullness.

Mary is "full of grace"

It is God's doing, not Mary's

In order to understand more fully Mary's role in salvation history, and particularly her Immaculate Conception, it’s important to examine how Scripture typologically foreshadows her role.

Pope Pius IX points to the Ark of the Covenant, Noah's Ark, Jacob's Ladder, the Burning Bush, and even the Enclosed Garden of the Song of Songs as types of Mary. If you want to dive deeper into this typological foreshadowing, first check out our article on Biblical typology, then pick up a copy of Dr. Brant Pitre’s book Jesus and the Jewish Roots of Mary.

Why was the dogma defined?

As was stated above, the belief that Mary was always sinless and enjoyed a fuller grace in order to fulfill her role in salvation history goes back to the earliest days of the Church. Beginning in the 17th century, however, there was a growing devotion among the laity to Mary "the Immaculate Conception."

This devotion took off in 17th century Spain, was picked up by the Habsburg monarchs of the Austro-Hungarian empire, and was given further fuel in 1830 when Our Lady appeared to St. Catherine Laboure under the title of the "Immaculate Conception."

With its rise in popularity, Pope Pius IX polled the bishops around the world so he could get a better sense of the universality of this belief. The vast majority of bishops (over 90%) not only held to belief in Mary’s Immaculate Conception, but also thought it should be formally dogmatized.

Why is the dogma such a big deal in the U.S.?

The dogma of the Immaculate Conception has special significance for Catholics in the U.S. On May 13, 1846 the bishops of the U.S. chose "the Virgin Mary, conceived without sin" as the patroness of our country. This was in anticipation of Pope Pius IX’s dogmatic declaration and occurred eight years before the declaration. Our National Shrine in Washington, D.C. is thus named the "Basilica Shrine of the Immaculate Conception."

How will you celebrate the Solemnity of the Immaculate Conception this year?

Let us know on Facebook and Instagram! And be sure to join our growing community of men and women committed to honoring Mary by praying the Rosary daily.

When Your Mind Wanders at Prayer

The Feast of the Holy Family